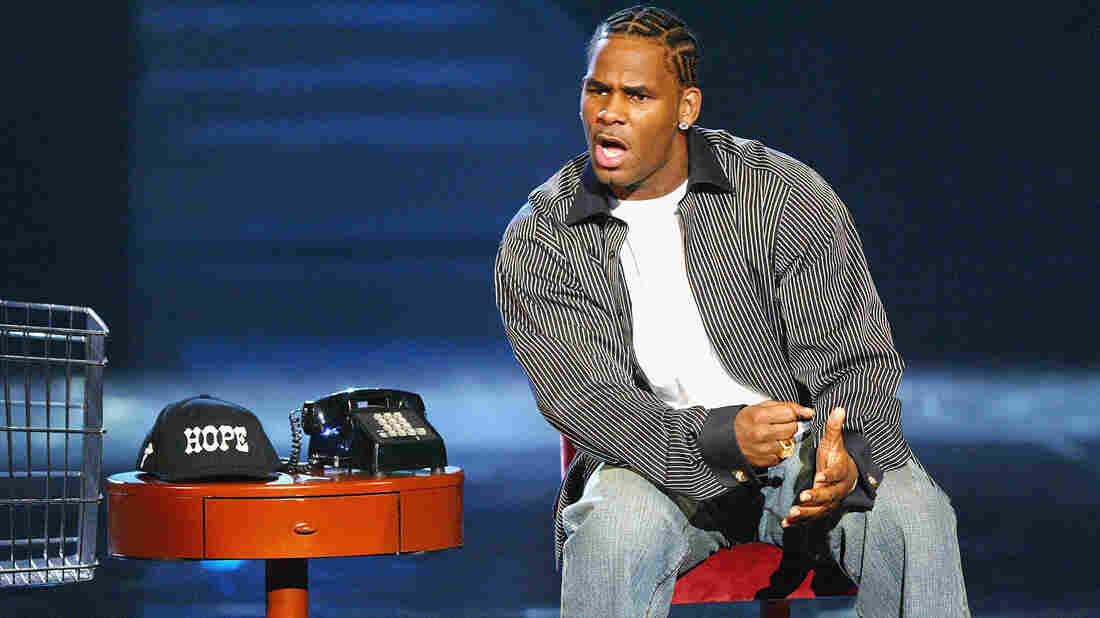 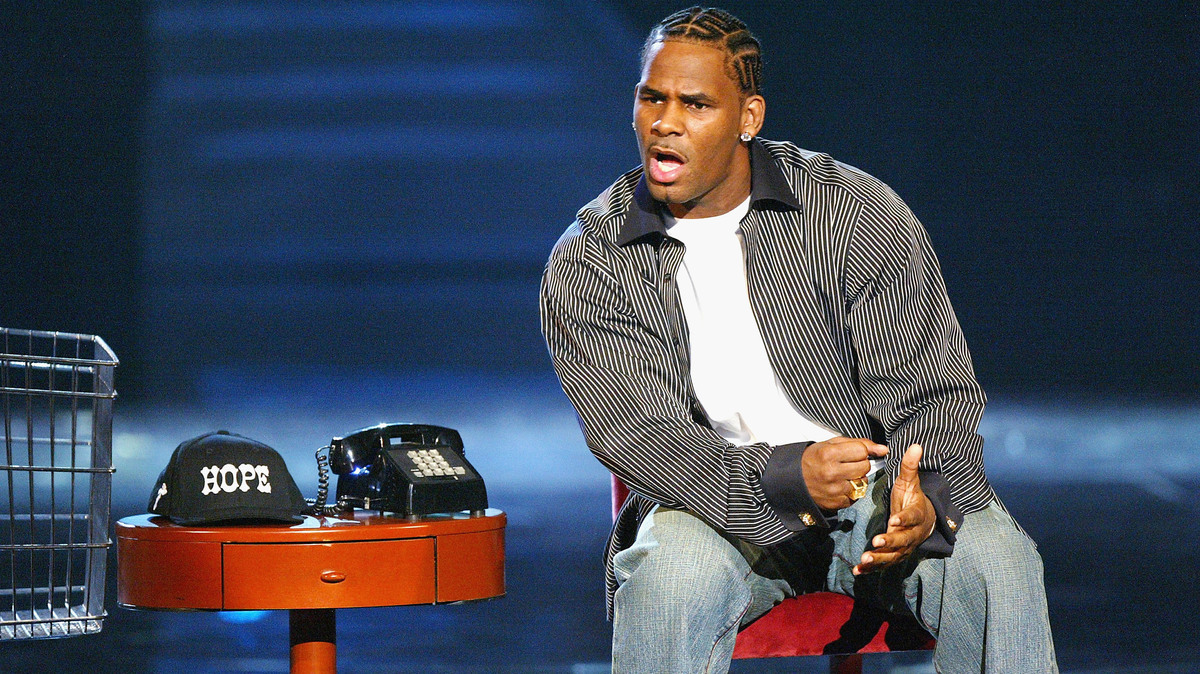 In a week of renewed attention to two decades’ worth of allegations of abuse and sexual misconduct against R&B singer R. Kelly, a pair of new reports from BuzzFeed News and the Washington Post were published on Friday, bringing forward allegations from three more women who say they were abused by Kelly.

These new accusations come after the women of color group within the Time’s Up movement added their voices to an existing online campaign called #MuteRKelly, which asks for the music industry to cut ties to the singer, and a controversial response from Kelly’s management team that calls the campaign an “attempted public lynching.”

On Friday morning, BuzzFeed News published allegations from two women about the singer’s alleged sexual abuse, written by reporters Jim DeRogatis, who has been reporting on accusations against Kelly since the year 2000, and Marisa Carroll.

In an interview with Vox published last July, the Chicago-based DeRogatis (who is a co-host of the program Sound Opinions on member station WBEZ) said: “The thing that makes me sick to my stomach is it’s impossible, in Chicago, to walk three or four blocks in the music communities of the South and West Side and not find ten people who have stories about R. Kelly, or their cousin has a story about him, or their sister.”

One of the women who spoke to BuzzFeed is Lizzette Martinez, who says that she began to have a relationship with Kelly when she was a 17-year-old high school senior in Florida and the singer was 28. Martinez says that Kelly hit her on five occasions and that he pressured her against her will into performing sexual acts. She also told BuzzFeed that Kelly dictated her behavior: “What I wore, how I spoke, who my friends were, who I could bring around. … He’s just so controlling, so abusive.”

The other woman who spoke to BuzzFeed is a Chicago mother going by only her first name of Michelle; her daughter, “N,” also began a relationship with Kelly when she was 17. Michelle says that her daughter, who is now 27 years old, has been “brainwashed” by Kelly and is part of the alleged R. Kelly “cult” and that the few phone calls she has received from N. in the past few years are “like prison calls.”

Kelly and his management continue to deny all allegations of abuse. In response to NPR’s request for comment, management said: “Mr. Kelly does not deny that during his youth and early success, he slept with many women, some of whom sought his company because of his success, and some of whom in later years now view their interaction with him negatively. He hopes and believes he treated his women friends well, and if any of them now feel differently about how they were treated, he respects their feelings and has no interest in attacking them or seeking to invalidate their feelings.”

On Friday afternoon, the Washington Post published a lengthy investigation by reporter Geoff Edgars in which six women spoke to the paper about Kelly’s alleged abusive relationships. Two of the women, Tracy Sampson and Patrice Jones (who both say that they have received settlements from Kelly) have never spoken publicly about him before.

The Post also interviewed two senior music executives who were instrumental in building Kelly’s career, who spoke on the record about their attitudes toward the allegations.

Sampson met Kelly as a 16-year-old intern working for Epic Records. She told the Post that she hid the relationship from her parents and that she was pressured into sexual acts. Jones says that she was 17 years old when she became pregnant by Kelly, who was then married, and that he pressured her into getting an abortion.

The Post also replicated several text messages that purport to demonstrate how his live-in girlfriends have to seek permission for even bodily functions such as using the bathroom.

Kelly’s former tour manager, Demetrius Smith, told the Post that he warned Clive Calder — the billionaire founder of Kelly’s first label, Jive Records — about Kelly’s behavior. According to the Washington paper, Calder said that he regretted not intervening somehow. “But I’m not a psychiatrist,” Calder told the Post, adding, “and this guy is a troubled guy. Clearly, we missed something.”

Calder also said that Kelly’s former attorney, the late Gerald Margolis, had told him that reporter DeRogatis had “an ax to grind” against Kelly.

The Post also spoke to Larry Khan, the current head of urban radio promotions at Interscope Records and former Jive senior vice president for marketing. Khan told the paper that he had seen a portion of the tape that triggered the 21-count indictment on child pornography charges, but he questioned, rhetorically, whether it was a record company’s place to address a performer’s behavior, citing the offstage lives of Jerry Lee Lewis and Chuck Berry as well as Bill Cosby and his relationship to NBC.

The Post also spoke to Sampson’s former supervisor at Epic, Cathy Carroll, who said, “Rob is really a good person. … He’s got a very good heart. … A lot of these women who claim stuff, they put themselves out there like that, and then they want to turn around and sue people and sue men.”

In 2008, a jury in Chicago acquitted Kelly of all child pornography charges; the jury foreman in the trial, Jamon Mytty, told the Post that the verdict was reached because both the female minor allegedly seen in the video and her parents declined to testify, and therefore the jury had reasonable doubt that she was the person in the video. (DeRogatis says in the Vox interview that neither the young woman nor her parents cooperated with police at all, though three dozen witnesses did.)

According to the Post, RCA Records recently paid for six weeks of studio time in Los Angeles, ostensibly for an upcoming recording project. One worker at the studio spoke to the Post anonymously and said that the studio floor had been badly damaged with urine stains and a cup of urine was left on a piano, for which the studio billed RCA. A former member of Kelly’s team sent the Post pictures of the damage. RCA did not reply to the Post with comment.

RCA has not responded to multiple requests from NPR for comment since Time’s Up published its open letter on Monday.

Kelly is quoted by the Associated Press on Friday as saying that he was “heartbroken” by the accusations. Referring to himself as a “God-fearing man, a son, a brother and most importantly a father,” he said that allegations “perpetuated by the media” are “an attempt to distort my character and to destroy my legacy that I have worked so hard to build.”

However, his management team told NPR on Friday afternoon that the statement attributed to Kelly by the AP was “an erroneous, unauthorized statement that never was said by R. Kelly himself, nor was it written or distributed by the R. Kelly management team. Mr. Kelly rejects the points the statement tries to make, and we deny all association with it. … We are looking into what went wrong here.”

Kelly’s management team also said in its statement: “R. Kelly has close friendships with a number of women who are strong, independent, happy, well cared for and free to come and go as they please. We deny the many dark descriptions put forth by instigators and liars who have their own agenda for seeking profit and fame.” It adds that parents of Kelly’s girlfriends are choosing not to return their daughters’ phone calls “because they are angling for a financial windfall.”

NPR also sought a response from Kelly’s management about a woman in Dallas who, last month in Texas, anonymously presented evidence to the Dallas County district attorney’s office, claiming that the singer knowingly gave her a sexually transmitted disease. Management responded, “We have been made aware of financial motivations — and a desire to renew a relationship — coming from the claims in Texas. We hope to be able to elaborate at some point.”

In addition, Kelly’s management team redistributed to NPR its controversial statement from earlier this week equating the Time’s Up open letter to a lynching.