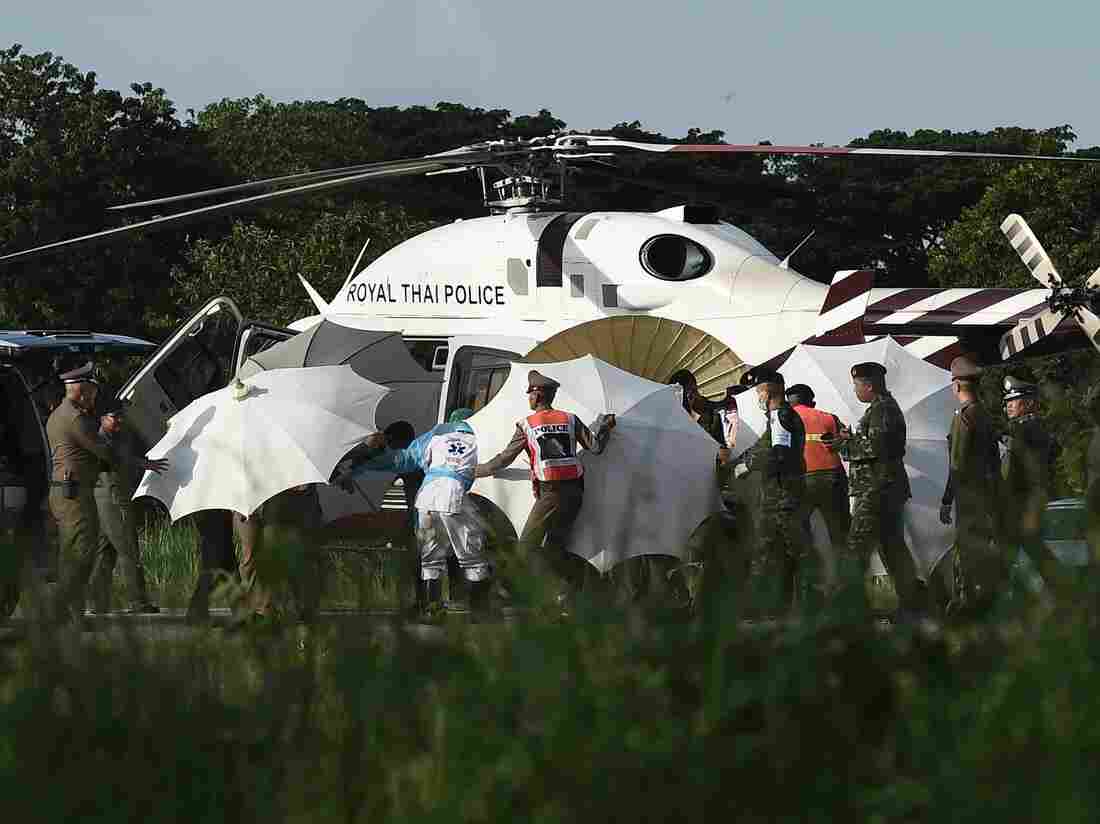 Police and military personnel use umbrellas to cover a stretcher as it is carried to a helicopter from an ambulance at a military airport in Chiang Rai, Thailand, on Monday, as rescue operations continued for those still trapped inside the cave in Khun Nam Nang Non Forest Park in the Mae Sai district. Lillian Suwanrumpha/AFP/Getty Images hide caption 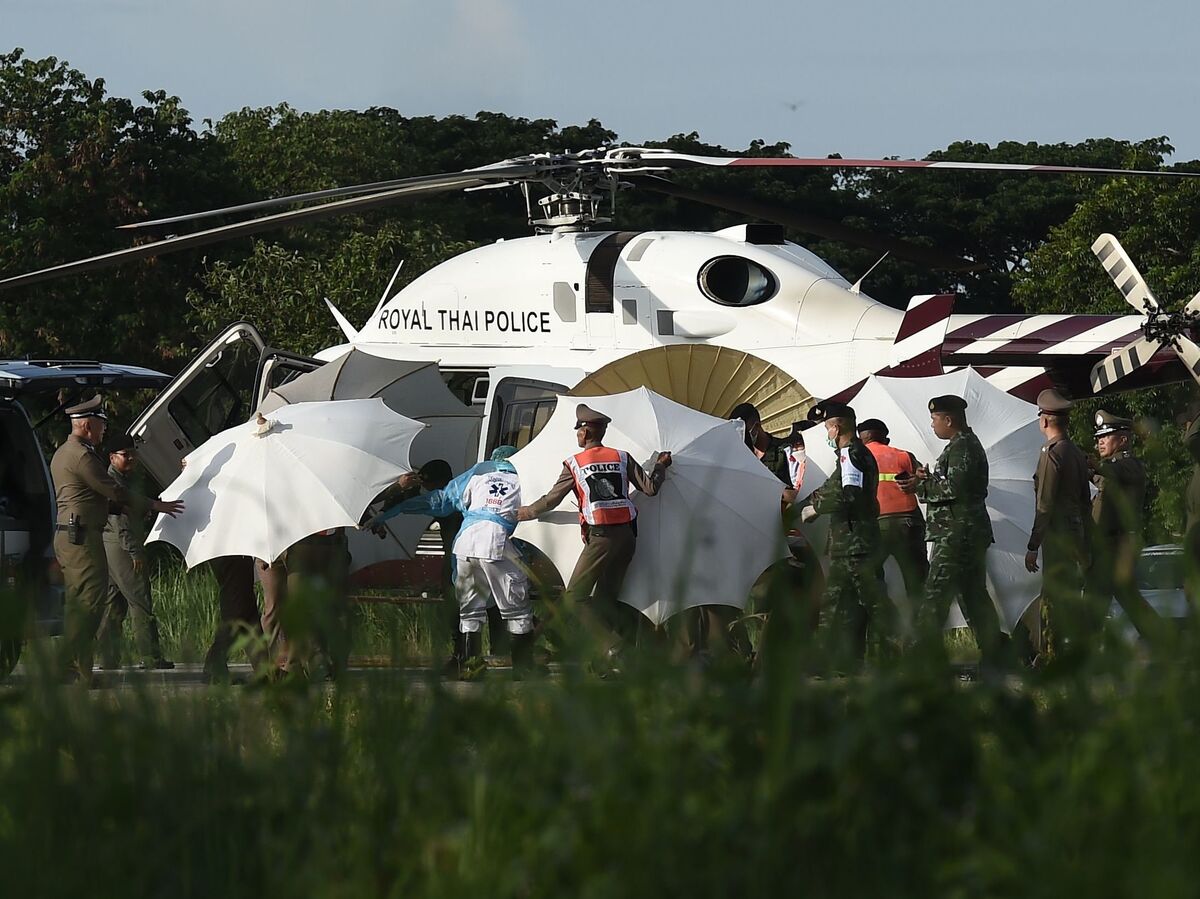 Police and military personnel use umbrellas to cover a stretcher as it is carried to a helicopter from an ambulance at a military airport in Chiang Rai, Thailand, on Monday, as rescue operations continued for those still trapped inside the cave in Khun Nam Nang Non Forest Park in the Mae Sai district.

Emergency crews in Thailand brought a second group of four boys to safety on Monday, more than two weeks after 12 boys and their soccer coach were trapped in a flooded cave network. Pairs of divers shepherded the boys on the long and painstaking journey out of the cave, navigating muddy and silty water through tight passages.

A total of eight boys have now been taken out of the Tham Luang Nang Non cave, according to the Thai navy SEAL group, which has a leading role in the rescue operation. The Associated Press reports that four ambulances were seen leaving the area near the cave entrance on Monday, with patients taken to waiting helicopters.

The rescue of the first four boys — whose soccer team is known as the Wild Boars — brought cheers and optimism on Sunday, bolstering hopes that more of the boys can survive a complicated and hours-long process that includes the use of multiple divers and a system of air tanks stashed along the escape route.

The boys, ranging in age from 11-16, have been trapped in the cave system since June 23, after heavy rains flooded the cave system. They entered the complex with their 25-year-old coach following a practice — and before a sudden heavy rainstorm hit. Authorities say they want to get them out now, given the looming threat of more rain and floods.

“All conditions are still as good as they were yesterday,” Chiang Rai acting Gov. Narongsak Osattanakorn said, as relayed by the AP. “The boys’ strength, the plan — today we are ready like before. And we will do it faster because we are afraid of the rain.”

A deluge could overwhelm efforts to lower water levels in the caves — more than 32 million gallons of water were pumped out after the boys were found alive last Monday.

Giving an update on the four boys pulled from the cave Sunday, Narongsak said, “This morning, they said they were hungry and wanted to eat khao pad grapao” — a popular Thai rice dish of meat stir-fried with basil and chili peppers.

Hundreds of spectators and journalists have gathered in the area around the cave, hoping for news that the boys and their coach would emerge safely. The team’s plight has been followed by people around the world.

The effort to save the boys and their coach has involved both foreign divers and members of an elite Thai navy unit. Days after the stranded team was found, a former diver in the Thai SEAL unit died after volunteering to enter the caves and place air tanks along the path.