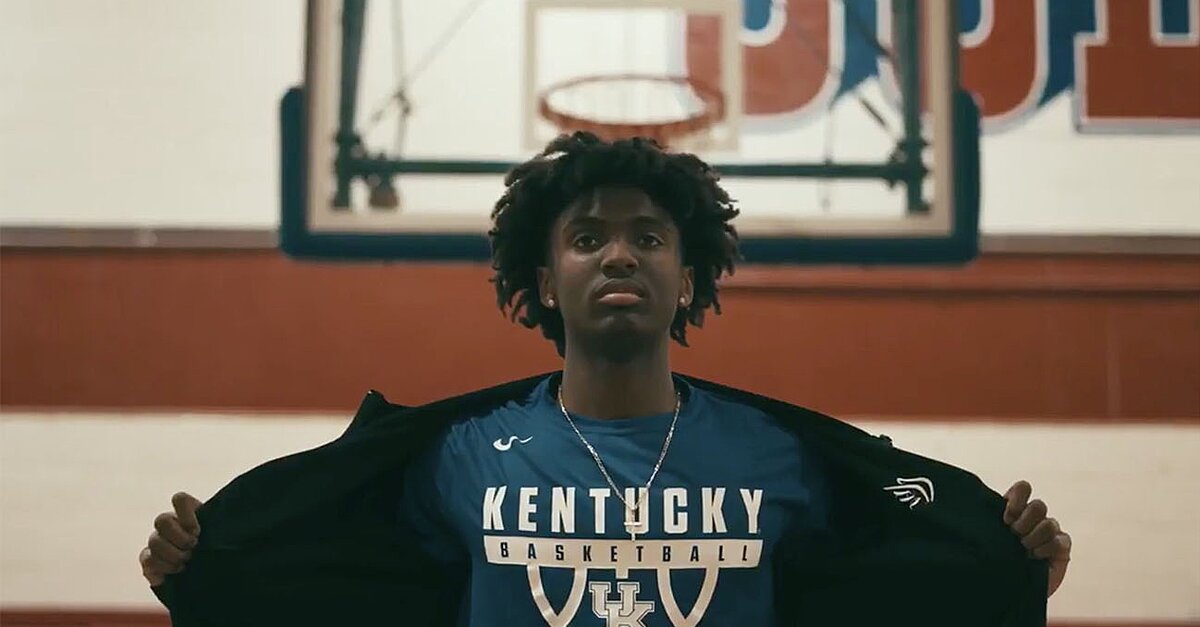 Kentucky’s newest member of the Class of 2019 did some impressive things during his high school career in Texas.

Tyrese Maxey, a five-star guard in the class of 2019, announced his commitment to Kentucky Wednesday.

As in junior during the 2017-18 season, Maxey averaged 22.5 points, seven rebounds, 3.1 assists and 2.3 steals in 40 games for South Garland High School in Texas, according to MaxPreps. He posted similar numbers his sophomore season, but only played 26 games that year.

Maxey is listed as one of the top players coming out of Texas in his class, according to 247 Sports, and he is listed as the second-best point guard in the class behind Hagans.

Check out some of Maxey’s highlights below.

There were rumors that Maxey could reclassify to the class of 2018, but he told Evan Daniels of 247 Sports, “Anything is possible, but as of right now I am staying put.”