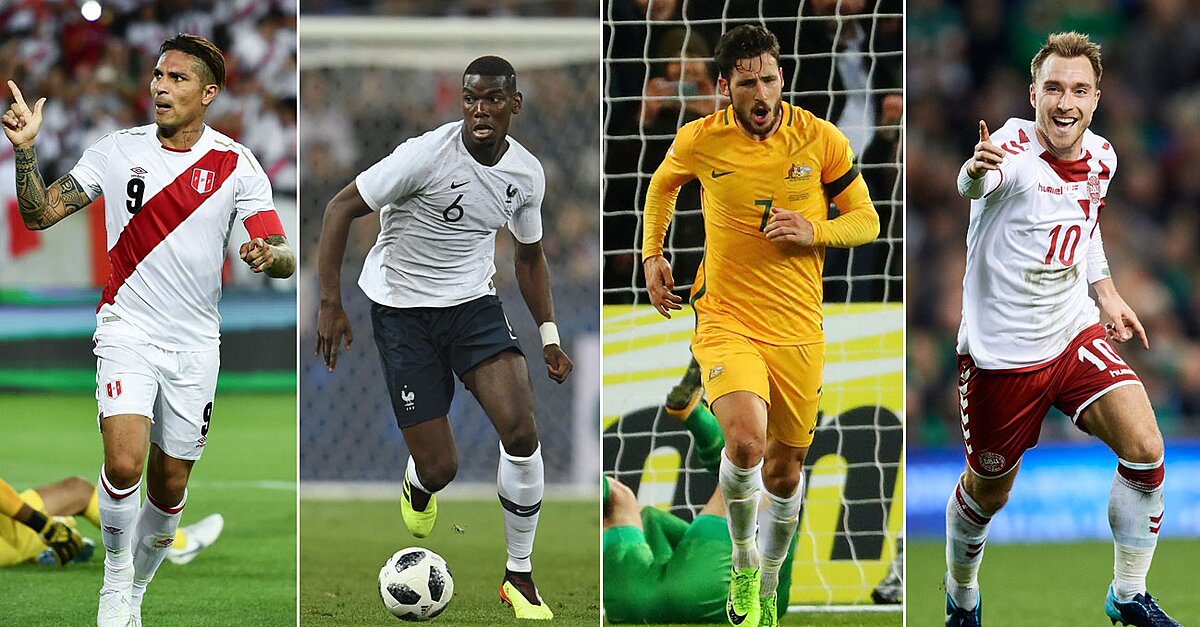 You might have heard of the Group of Death, but Group C, entering the World Cup has been masquerading as the Group of Love.

If you are active on social media, you might be aware of the lovefest between these nations that has been going on these past few weeks. Since Peru released a video of goodwill to its opponents, France, Denmark and Australia decided to return the favor by creating their own videos to wish each other well. Denmark, for example, rewrote its national anthem to honor Peru.

The cameraderie will go out the window on the pitch, however, as thanks to the abundance of talent and contrasting styles, Group C promises to feature some mouthwatering entertainment.

It’s not shocking to say that France is the clear favorite to win the group. The 1998 World Cup champions are overloaded in star quality and international experience across every position, but thanks to the world-class rise of Christian Eriksen and a strong defensive unit, the Danish Dynamite (affectionately known by fans) could cause some problems.

Peru, meanwhile, with the return of captain and inspirational leader Paolo Guerrero, enters Russia with a new sense of belief and desire. It’s been 36 years since La Blanquirroja were at the World Cup, so the team wants to make sure it doesn’t end abruptly. Australia, meanwhile, with a steely midfield that includes Mile Jedinak and Massimo Luongo, won’t make it easy for the other nations. And if Tim “Benjamin Button” Cahill is fit and ready to go, the Socceroos’ attack becomes that much more dangerous.

Peru vs. Denmark. This is a difficult one to assess, as it could be fair to say that much depends on Matchday 1. With all respect to Australia, it’s widely expected that France will take three points in the opener and begin its course to win the group. The real battle, therefore, is for runner-up, so much of the group’s shape is determined by how Peru and Denmark play out–and they both face each other right from the get-go. If there’s a winner, it can keep pace at the top of the group. If there’s a draw, it sets the stage for a tense remaining pair of games.

It’s Peru. In many ways, there is nothing sleepy about La Blanquirroja. Not only does it have one of the most underrated managers in world soccer, but thanks to Guerrero’s return, Peru has more than one option when entering the final third. Peru hasn’t lost since November 2016 (a span of 14 matches entering its final World Cup tuneup), and if its discipline can match its hunger and talent, then there is no reason to think the South American nation can’t get out of the group. France, for all its talent, has a history in the World Cup of choking on the big stage, remember. And after surviving the CONMEBOL qualifying gauntlet, there’s nothing Peru’s players will see in Russia that will overwhelm them.

Florian Thauvin (France): We all know about Kylian Mbappe, Ousmane Dembele, Paul Pogba and Antoine Griezmann, but the Marseille winger is one to keep your eye on. His inventive dribbling coupled with his vision makes him extremely dangerous.

Christian Cueva (Peru): When he’s in the mood, Cueva can be Peru’s most lethal weapon, as his creativity and ability to twist ankles with his change of direction causes headaches for opposing defenders.

Christian Eriksen (Denmark): That the Tottenham playmaker is the architect behind everything positive that happens with Denmark is no secret. Just like Croatia’s Luka Modric, if you give him time and space, he will punish you all day long with his passing and shooting, and it was his hat trick in the qualifying playoff that sealed Denmark’s place in Russia.

Aaron Mooy (Australia): Huddersfield’s survival in the Premier League has much to do with the talented playmaker, who basically does everything for this team. Mooy can play anywhere in the midfield, but, more importantly, his passing is so inventive, chances are created seemingly out nothing. Watch for him to pull the strings as Australia goes forward.

Predictions to go through

France is way too talented, too strong and determined to not win this group. As for second place? Peru gets the edge. This is an underrated squad with an underrated manager who feels no inferiority. Thanks to Guerrero’s return, Peru is now fully complete and ready to make some noise.