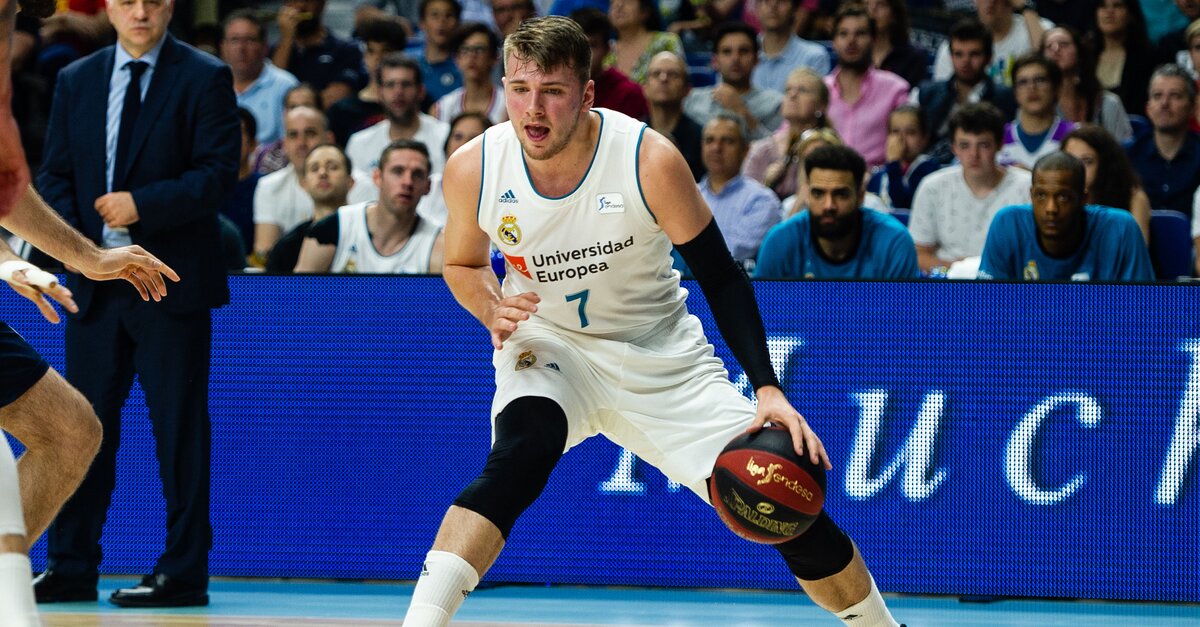 It’s not an understatement to call Luka Doncic the most accomplished teenage international prospect ever to make the leap to the NBA. Just 19 years old, he’s fresh off a Euroleague title and Final Four MVP honors with one of the top clubs in the world in Real Madrid.

Last summer he partnered with countryman Goran Dragic and led Slovenia to a Eurobasket championship, showing out against NBA players along the way. His advanced feel for the game and playmaking skills coupled with his size make him a clear candidate to engineer an offense in an evolving, perimeter-centric NBA.

• Plus-plus basketball comprehension and floor vision. Feels out plays one or two steps ahead, and tall enough to see over the defense. Great in the pick-and-roll. Almost too intelligent to not succeed.

• Great size for his position. Similar dimensions to Joe Johnson. Comfortable handling the ball and running a team. Could also move over to the wing and make an impact, but you want the ball in his hands most of the time.

• Brings a level of versatility as a scorer. Can shoot off the dribble, post up smaller players, attack gaps and get to the basket. Shooting 45% from the floor, which can improve.

• Reads the ball well off the glass. Likes to grab and go. Will advance the ball with the pass.

• Production and level of success is unprecedented for his age. Has competed and thrived playing with and against grown men. Will benefit from what is essentially a massive competitive head start over his peers.

• Athletic ability has come into question. Quick enough off the floor and can elevate for dunks, but relies on his size and change of speeds to get into the paint and finish. Will face an adjustment to the speed of the NBA game.

• Not an elite creator for himself off the dribble. Relies on using his body to shield the ball and change direction. Quicker defenders can get into him and make him uncomfortable. Can be forced into settling for his jumper in isolation situations.

• Shooting just 30% from three-point range this season. Ball looks good coming out of his hand – higher degree of difficulty shots may factor in. Stands to benefit from more open, set looks when placed alongside other playmakers.

• Big and strong enough to stay on the floor defensively, but may have difficulty defending elite athletes on the wing.

There’s no perfect comp here, but following in the footsteps of lead ball-handlers like Simmons and Ball, Doncic has a knack for making his teammates better. His intelligence and natural talent should help split the difference athletically, and he should be able to engineer an offense and set an unselfish on-court tone for whoever drafts him.