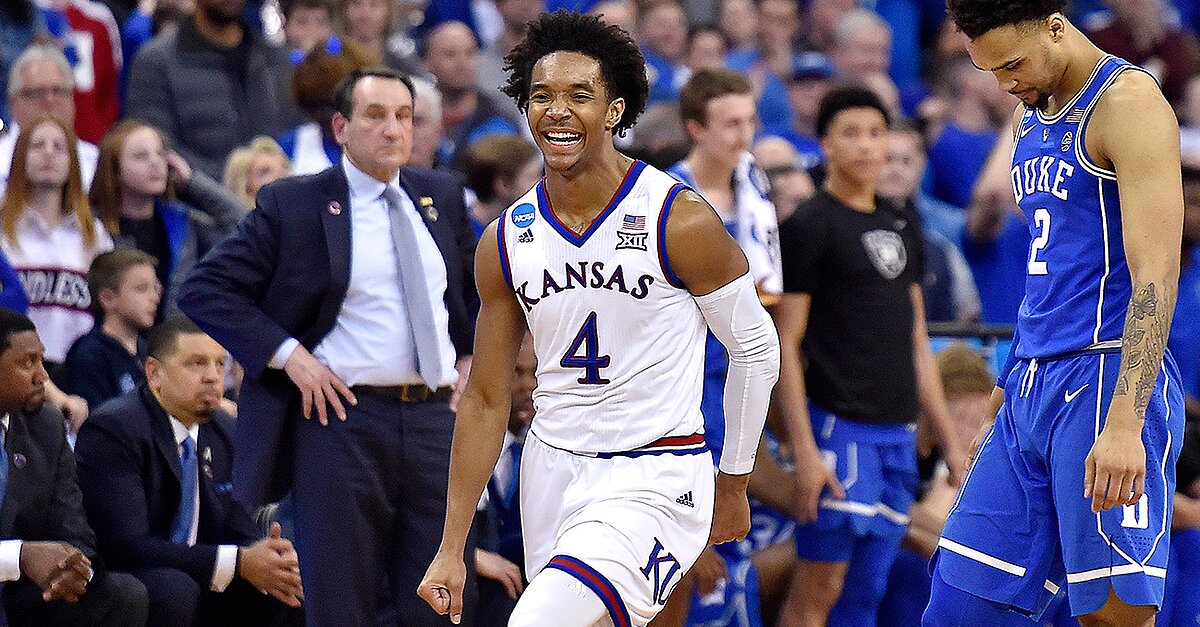 After spending much of his career in the shadow of former teammate Frank Mason, Graham erupted during his senior season and earned Big 12 Player of the Year honors while piloting Kansas to the Final Four. Graham was one of the most productive players in all of college basketball and is one of the more polished prospects in this draft class.

• Career 40.9% three-point shooter at Kansas, consistent spotting up and off the dribble.

• Very experienced in pick-and-rolls, which amounted to 32.8% of his possessions last  season. Has a good skill set and experience level to contribute off the bench in some form early on.

• Solid if not flashy playmaker who created 1.115 ppp as a ball handler when passing out of defensive rotations.

• At 23 he’ll be one of the oldest players in this draft class. He is what he is.

• Doesn’t have great size or explosiveness and is a very poor finisher at the rim, just 0.883 ppp around the basket. Has to lean on his jump shot.

• Has a tendency to fall asleep off-ball on defense, where he’ll be tested.

Devonte Graham and the Importance of Patience (May 2018)

Graham has the makings of an immediately solid backup point guard, with the ability to shoot and initiate out of pick-and-roll action. He’ll likely get drafted despite his age and limited ceiling.