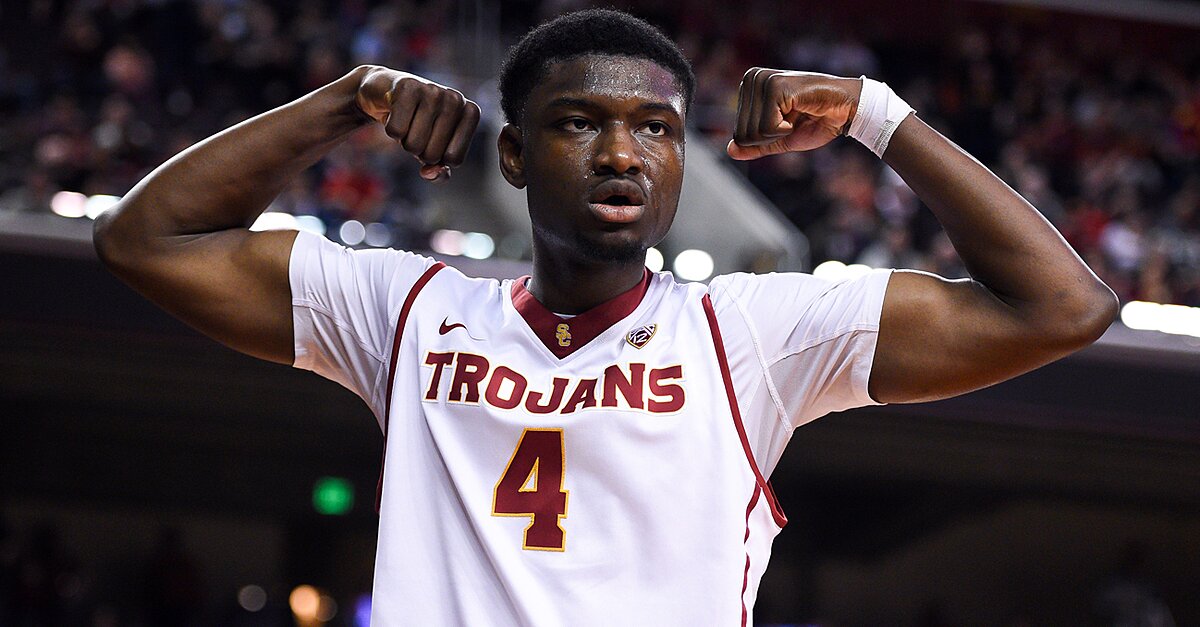 A bouncy, athletic big who can play above the rim, Chimezie Metu put together a solid three years at USC, although consensus is that he underachieved a bit relative to his talent level. He has the tools to succeed in an NBA role but will need to elevate his overall game and energy level to thrive.

• Above-average athlete. Capable of highlight-reel plays around the basket. Runs the floor naturally. Good converting in situations where the play isn’t run for him.

• Potential to protect the rim and also defend in space. Moves his feet well laterally. Career 2.2 blocks per-36. Some natural timing.

• Skill level is improving. Some feel for handling and passing. Good touch with his right hand. Can face up and put it on the deck when he has a step.

• Just average length relative to his height, having measured with a 6’11” wingspan. Could impact him negatively as a rebounder. Athleticism helps but could be best suited as a four given his slender build.

• Effort level comes and goes. Still has games where he floats outside the action. Overall mentality needs to improve.

Metu has all the talent to make things work in the NBA but needs to do it on a more consistent basis.