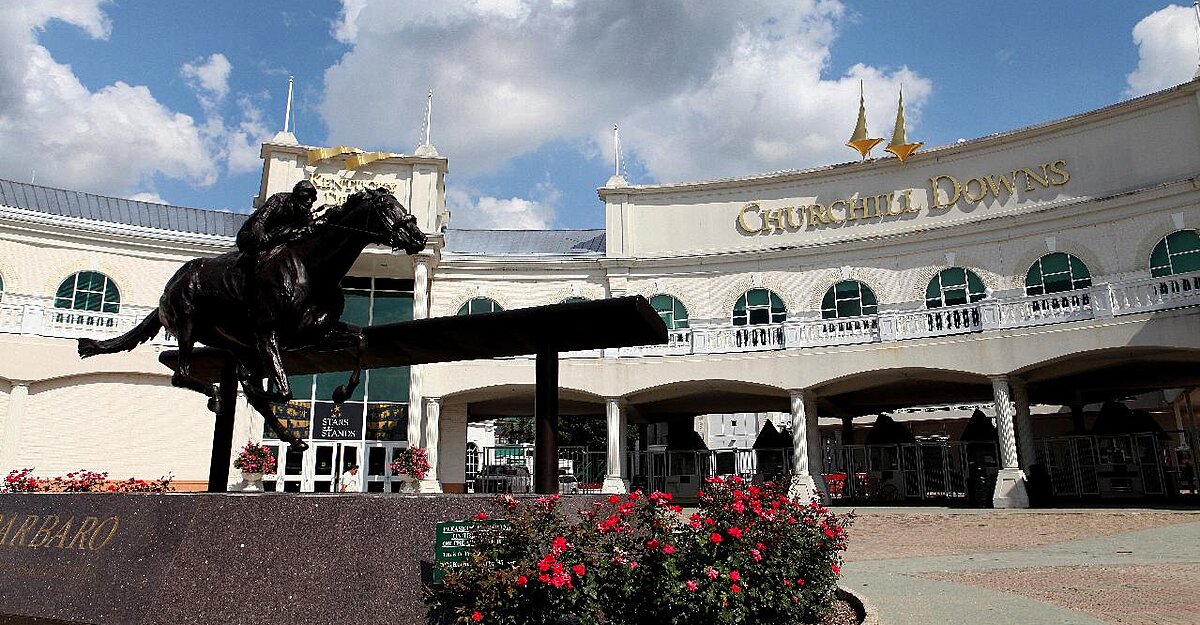 LOUISVILLE – There will come a moment, early Saturday evening in the 144th running of the Kentucky Derby, when just a few horses remain in contention for the roses, the trophy and a big pile of money to be distributed among some humans afterward. Most of the field of 20 will have been thinned off due to lack of sufficient talent or disadvantageous competitive circumstances. Those remaining horses will be urged toward the wire by their jockeys, who will furiously shake their reins or raise their whips. The crowd will roar with such passion that the Churchill Downs grandstand will tremble. It is a moment of intense emotion, some of it—but not nearly all of it—concentrated on mutual tickets clutched in sweaty hands.

And in this intense moment, my mind will briefly drift off to a quiet corner and wonder in silence: What does this effort feel like to the horse?

Don’t fret. This is a not a story about the ethics of thoroughbred horse racing, which is a discussion always worth having, just not right here. It is a story about athletes, both human and equine, and the ways in which one species’ accomplishments are consumed differently from the others’, when perhaps they are very much alike. It is about the extraordinary effort involved in running two minutes—give or take—at maximum effort, a brutal dance along the line that separates physiological limits from competitive will.

And okay, it’s also about the quirky curiosity of a sports journalist who was once a runner and has written far too many words about both human and equine runners for any one person. But people paid me to do it, so here we are.

It’s impossible to pinpoint when I first became fascinated with learning something—anything—about what a horse feels while racing. But two moments stand out. The first was at the 2007 Belmont Stakes, when Rags to Riches, a filly, defeated Curlin, a colt (and in fact, the best colt of his, or many other, generations), in a withering stretch run. The second came five years later, when I’ll Have Another won the Kentucky Derby by overhauling Bodemeister in the final sixteenth of a mile, after Bodemeister had set suicidal (as is turns out) fractions while getting chased for half the race by a hopeless longshot named Trinniberg.

In both cases, I was stunned—and frustrated—at what I had seen. At the ’07 Belmont, it was remarkable to watch two horses at each others’ throats for nearly half a minute, neither yielding, neither manifestly giving up. (There have been plenty of other memorable duels like this; I just remember this one particularly well). And at the Derby in 2012, it was heartbreaking to watch one horse run so fast for so long, only to fall apart near the finish and lose. (Let’s be fair—I’ll Have Another ran all the way around, too, and deserved to win, but my emotions that day went immediately to the beaten front runner, who had carried a scorching pace. The result is the result, but not all beaten horses are equally beaten).

Most often horse race outcomes are described in the antiseptic language of the handicapper. A horse was “short’’ (undertrained) or “bounced” (unable to match a previous big effort). This is understandable: Racing is a pari-mutuel enterprise. The horses are living creatures, but they are also names in a program on whom people wager real money. Getting beat on a head-bob at the wire with a $50 on the nose of a 12-1 shot at Turfway Park will significantly reduce one’s empathy regarding the pain level that horse might have been feeling. But that pain must be there, right? (Looking ahead: I’m not going to be able to answer this question with any certainty, for the same reason that many eternal equine riddles remain unsolved: Horses can’t talk. But let’s see what we can learn).

The Kentucky Derby is about two minutes long. The human parallel would be the 800-meter run, in which world class runners finish in one minute 45 seconds, or faster. So I talked to a couple retired middle distance runners: Alan Webb, 35, who is the American record holder in the mile, at 3:46.91, but who also ran 800 meters in 1:43.84; and Nick Symmonds, 34, silver medalist in the 800 at the 2013 world championships with a lifetime best of 1:42.95, making him the fourth-fastest U.S. runner at the distance.

After explaining to each man that they would be compared to racehorses, I asked them to describe what an 800-meter race feels like. (And to note, both were very up for this exercise; Symmonds worked on a horse farm as a kid). One note here: Webb and Symmonds ran with very different styles. Webb was best running near the front at an even, fast pace; Symmonds ran from the back, with a strong finishing kick. In horse parlance (sorry!), Webb was a stalker, Symmonds a closer.

Webb: “You really go close to all-out for the entire race. You spend the first 300 meters building up lactic acid, and then you just carry it around with you for the last 500 meters. It’s such an intense pain. It starts in your gut and then fans out to your extremities. Your quads, your shoulders. By the end, it just feels like your whole body is on fire.”

Symmonds: “Pain is a funny word for the experience. When you’re really fit, and running well, you feel almost more numb than in pain. If I had all my training done well, I would just feel exhausted, but not what people might consider pain. And near the finish, yeah, your shoulders get tight, your hip flexors get tight, your glutes get tight, what we call booty lock. Then when you cross the line, then, yeah, it’s painful.’’

Horses have metabolic advantages over humans. According to Ken McKeever, professor of equine exercise physiology at Rutgers, horses can achieve a Max VO2, the measure of the maximum amount of oxygen that a human or equine athlete can utilize during extreme exercise, of least of 160 milliliters per minute per kilogram. The fittest humans tend to peak in the low 80s. So: horses are better at processing the oxygen they breathe.

One other obvious difference in this argument: Horses compete while carrying a human. That human (and his saddle) weigh about 10 percent of the horse’s body weight, which is like Webb or Symmonds running with a 15-pound backpack. (Horses carry much heavier humans in morning workouts, where exercise riders can weigh in the range of 150 pounds).

But as McKeever explains, there are also similarities in human and equine competition in this two-minute range.  “Thoroughbreds really are like middle distance runners,’’ says McKeever, 61. “They are similar in the way in they are calling on high aerobic capacity but also the ability to limit the amount of anaerobic work in the activity.” In simple terms, McKeever is explaining that both horses and humans are trying to forestall the point at which racing becomes difficult.

Like humans who do gut-busting interval sessions to adapt to the pain of intense racing, horses can learn to sustain speed in an anaerobic state. “Horses have a training-related adaptability to learning high-intensity anaerobic performance,” says McKeever. “Like at the end of the Kentucky Derby, when they’re trying to go all out to the finish.” But the lesson is pretty clear: It’s almost certain that the horses feel all the same things that Webb and Symmonds described: Body on fire. Numb.

Jockeys who sit on a horse’s back understand this best. I asked Victor Espinoza, who was the regular rider on 2015 Triple Crown winner American Pharoah, to describe the signals a tiring horse sends to him. “You can feel his stomach pushing out against your boots,’’ says Espinoza. “Like he’s trying to get more air in his lungs. Then you can feel the horse’s feet hitting the ground more softly, like they can’t reach out and dig in anymore. Then they drop their head, like they don’t have the strength to look up. When that happens, you know your horse is done.”

Of course there is the whip, a controversial implement at all times. Hall of Fame rider Jerry Bailey, now an analyst for NBC, says, “The really good horses don’t need the whip. They give it to you without getting touched, naturally. And if you see a rider really whipping a horse repeatedly, it’s probably not making much difference at all.”

We can know this: Horses love to run. McKeever talked about working on a breeding farm in California years ago, where the yearlings would instinctively engage each other in impromptu races along the fence lines in their paddocks. Spend a day on racetrack backstretch and you will hear dozens of variations on this theme. But when horses run fast, they almost surely suffer. Just like humans. Even with other factors equal, some of them process, endure and overcome that hurt better than others. Just like humans. But that part, we struggle to quantify. “It plays a big part in the way horses run,’’ says McKeever. “But we don’t have a way to measure what’s inside their heads.’’