Even before the World Cup starts, the story of debutants Panama is one of the best of the tournament. A dramatic last-gasp qualification booked their place in Russia and whatever happens, the whole team are already heroes back home.

It’s a good job that participation is a prize in itself for Panama, because they’re unlikely to get much joy out of a difficult group. They have the high profile fixtures befitting a World Cup campaign, but in all probability they will be looking at one or three points at best.

However, they do have a wily coach who has been around the block before. Hernan Dario Gomez led Colombia to the 1998 World Cup and was in charge of Ecuador when they made their tournament debut in 2002. Both sides were eliminated at the group stage though, so Gomez will hope it’s case of third time lucky.

Their team is bursting with experience too. Six of the 23-man squad have made over 100 appearances for Panama – more than any other nation competing this summer. For most of them, their entire careers have led to this. 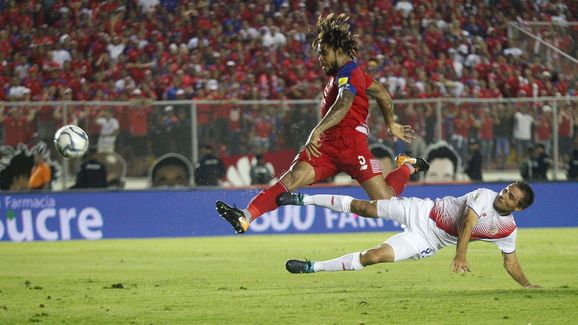 In the most dramatic way possible.

Two wins from their first nine games in the final North American qualifying group left Panama on the brink of another disappointment. They would have to match Honduras’ result in the final round of fixtures to book a place in the intercontinental playoff.

The idea of automatic qualification only came into the equation when the USA found themselves 2-0 down to already-eliminated Trinidad & Tobago. Panama also trailed at half time to Costa Rica before a highly controversial equaliser restored parity. Blas Perez tried and failed to bundle the ball across the line, but the goal was awarded anyway.

With Honduras leading against Mexico, Panama were heading for elimination. But then, two minutes from time, Roman Torres slammed in a late winner to send four million people crazy. Honduras dropped into the playoff, while the United States were shockingly knocked out.

It was poetic that Panama’s qualification should come at the expense of the side who broke their hearts four years earlier. Two late USA goals prevented Panama from reaching a winnable playoff in qualifying for the 2014 World Cup.

Panama’s first ever World Cup match could hardly be more difficult. Drawn into Group G, they open their campaign against Belgium in Sochi on 18 June.

It doesn’t get any easier for Los Canaleros after that. Well, maybe a bit easier. England are their next opponents in Nizhny Novgorod, where avoiding defeat will be imperative if they are to have any chance of progressing.

Barring a shock result or two, Panama and Tunisia will both be eliminated already by the time they meet in Saransk on matchday 3. Panama’s training camp is in Saransk, whereas Tunisia will face a journey of over 1000 miles from their base, so that may confer a home advantage of sorts.

In the unlikely event that Panama do sneak through to the last 16…who cares who they play next? The whole country would be too hungover to care.

Panama are more likely to qualify 2nd rather than 1st, in which case they would face the winners of the unpredictable Group H. Who that would be is anyone’s guess, though Colombia is probably the best bet.

After that, if the rest of the tournament has gone to plan, you’d expect a quarter final against Germany, a semi final against Spain or Argentina, and then Felipe Baloy lifts the World Cup after victory over France or Brazil in the final.

Panama named their final squad of 23 for the World Cup on 29 May.

After Costa Rica’s exploits four years ago, we should be careful about writing off another CONCACAF nation in a group of death.

Panama’s greatest strength is also their greatest weakness. It depends on how you describe their squad: ‘experienced’ or ‘ageing’. Between them, the players have more than 1400 caps, but the average age of the squad will be among the highest at the tournament.

They had a good defensive record in qualifying so they may be able to prevent the thrashings that many are expecting at the hands of Belgium and England, but there is little to get excited about at the other end of the field. They scored just 16 goals in 16 qualifying games.

With most of this golden generation in their twilight years, Panama should just enjoy the ride. Qualification from the group is extremely unlikely, but a win or even a point would represent success.

in fact, even being at the tournament represents success for a nation ranked outside the top 50 in the world.