Mexico enjoyed a comfortable run to the 2018 World Cup finals, but things are not all quite as well as they seem for El Tricolor.

Despite the country’s impressive form in qualifying, doubt looms over the future of manager Juan Carlos Osorio, who claimed in March that he had turned down a new contract from the national side and had been in contact with other national FAs.

A sizeable portion of the Mexican media have been calling for Osorio’s head for some time now, claiming that the Colombian has not imbued the side with any defined sense of style and plays uninspiring football.

Mexico have also been accused of coming up short in bigger matches; their 4-1 defeat to Germany in last year’s Confederations Cup serving as a striking example. With Mexico and Germany meeting again in the group stages this year, Osorio will have a chance to prove his doubters wrong.

Questions certainly remain about this Mexico side – but can they answer them in Russia this summer?

Mexico entered CONCACAF qualifying at the fourth round and managed to go unbeaten in their first group, picking up five wins and a draw against Honduras, El Salvador and Canada. A 2-0 away victory at Honduras underlined Mexico’s credentials as the dominating side in the group, with Honduras being arguably the second-best side out of the four.

Though the fifth round saw Mexico go mano a mano with the likes of Costa Rica and the United States, Osorio’s side held their nerve to produce another string of impressive results in the group. A 2-0 win against 2014 World Cup quarter-finalists Costa Rica was the standout result, with Mexico losing just one of their ten matches in the round.

Mexico were also the second-highest scorers in qualifying, scoring 29 goals. 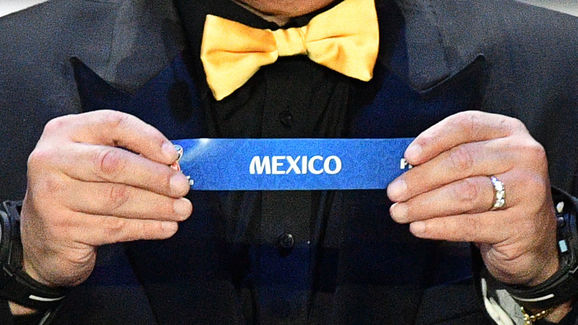 Mexico kick off the fixtures in Group F with a tie against South Korea on June 23, a match-up that should lean in favour of Osorio’s side. Things will only get tougher from here, however, with games against Sweden and reigning world champions Germany to follow.

Both Sweden and South Korea have beaten Mexico several times in the past but neither have played El Tri enough times to suggest any kind of pattern, with neither of them having faced Mexico since 2009.

Though there is certainly room for some upsets and surprises in this group, Mexico will certainly fancy their chances of making it to the knockout stages once again. Germany will surely top the group but there is no reason why Mexico can’t finish as the best of the rest in Group F.

Mexico will face a side from Group E should they succeed in qualifying for the knockout stages. Realistically, this means they are most likely to face either Brazil or Switzerland.

While Mexico might fancy their chances of snatching a win against Switzerland, the task of controlling Brazil’s explosive attacking talent may prove to be too much and it would be hard to see Osorio’s side reaching the quarter finals should this be the outcome.

Despite making the knockouts in each of the last six finals, Mexico have not gone past the round of 16 since the 1986 tournament and have only reached the last eight twice in the history of the competition – both times on home soil. They will need to dig deep to improve this time around, no matter the opposition.

Mexico have the quality to make it out of their group, particularly as neither Sweden nor South Korea are not quite as intimidating as they were a decade or so ago. However, whether or not they have the potential to go one further and reach the last eight is another story.

Despite the good results in qualifying, this Mexico team has been criticised for being unconvincing even in victory for much of the qualifying process. Furthermore, the CONCACAF qualifiers are hardly the most rigorous in the world, with very few semi-decent national sides to speak of beyond Mexico. Could the weakness of Mexico’s opposition have made them look more impressive than they actually were?

There are a number of big names in this Mexico side who can deliver on a good day; particularly the likes of Giovani Dos Santos and West Ham’s reknowned poacher Javier Hernandez. However, the jury remains very much out on whether or not this Mexico side can pull together to pull off a shock in Russia this summer. With plenty of tough sides playing in the competition, don’t be surprised to see El Tri exit in the round of 16 for a seventh World Cup in succession.