It’s been a less than conventional run to the World Cup for arguably one of the most talented squads in the competition. Despite boasting a player who many consider as the greatest of all time in Lionel Messi, Argentina came close to not qualifying for the tournament in Russia at all.

They would have been hoping to head to the tournament as one of the favourites and potentially go one better than they have in their previous three international tournaments. Recent form has continued to look spotty though and has cast some doubts over the squad’s potential.

It was a close run affair in the CONMEBOL qualifiers with five teams still vying for the available places in the final round of fixtures. Argentina had underperformed throughout the entirety of qualifying and found themselves near the bottom of the pack.

Argentina gave a good account of themselves against some of their stronger rivals, beating Colombia, Chile and Uruguay. But it was against the lesser sides that they struggled, with defeats to Ecuador and Paraguay coupled with stalemates against Venezuela and Peru.

A heavy defeat to old rivals Brazil left Argentina on the verge of a shock qualifying failure. With Brazil and Uruguay already securing qualification, Argentina entered the final round of fixtures behind Colombia and Chile, and level on points with Peru as they competed for the remaining two spots.

A Messi hat-trick led Argentina to victory and a favourable round of results meant they finished in a flattering third spot. Argentina received a reasonably favourable draw for the tournament, avoiding potential crunch clashes such as Spain and England. There are pitfalls in that group for Argentina though, perhaps most notably Nigeria who represent probably the most difficult of the pot four teams and who beat Argentina 4-2 back in November.

They will also face a tricky Croatia team who have a good balance of exciting young talent and established superstars like Real Madrid’s Luka Modric. Croatia haven’t been past the group stage since their impressive surge to third place in 1998, though.

The final spot is filled by an Iceland side entering their first ever World Cup. They shot to prominence with their impressive performances at Euro 2016, famously eliminating England in the round of 16. They followed it up with an impressive qualification campaign, topping a group containing fellow Group D side Croatia.

Argentina should still fancy their chances to win the group. On paper they still have by far the best squad in that group. Winning the group will likely see Argentina face South American rivals Peru, a team who they twice failed to beat in qualifying and will provide a stern test, but it’s much more preferable than France in the round of 16.

Spain or Portugal would be the opposition up next in the quarters, their group could go either way. Argentina also lost to both Portugal and Spain recently but they would probably prefer the draw against Cristiano Ronaldo’s side. They could be on for rematch of the last World Cup final in the semis as they are likely to meet their 2014 conquers Germany.

If Argentina reach the final it should be a classic encounter with either France or Brazil the likely opponents.

Argentina have already named their final 23-man squad and it boasts some serious talent from Europe’s top leagues: 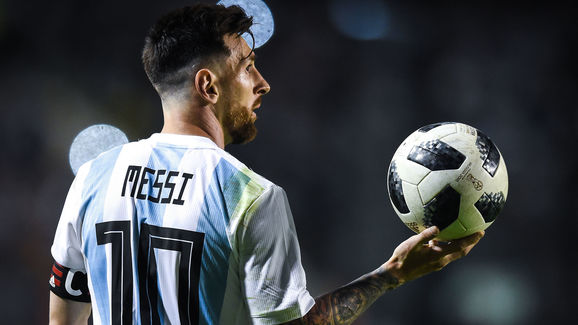 Argentina dispensed of manger Edgardo Bauza midway through qualifying who took much of the blame for the squad underperforming. They have improved since Jorge Sampaoli took over, the manager who guided Chile to the Copa America in 2015. Hopes are renewed and they certainly have the talent in the squad and the track record at this level to suggest they can compete.

They have just looked a little poor recently though and heavy defeats at the hands of Brazil and Spain suggest Argentina are far from serious contenders. They do face several pitfalls early on and may have difficulty navigating a relatively simple group if they don’t improve before the tournament kicks off.

Difficulties early on will likely breed doubt and inconsistency that could result in Argentina falling at their first major hurdle. They should definitely get out of the group, although they may have to settle for second place depending on other results.

The order in which they finish will likely determine how far they will go as Argentina are unlikely to beat France, Spain or Portugal. At best, it’s a quarter-final exit for the South American giants.