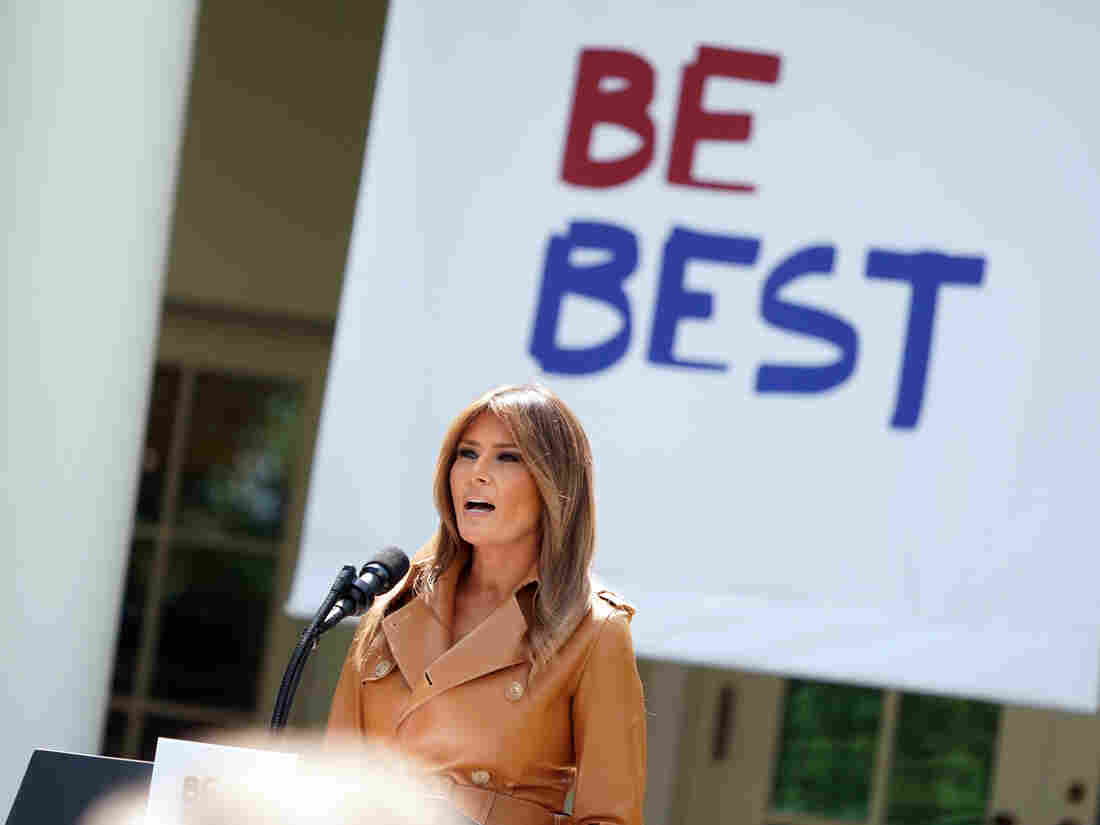 First lady Melania Trump speaks about her “Be Best” initiative during an event in the Rose Garden of the White House on May 7. Andrew Harnik/AP hide caption 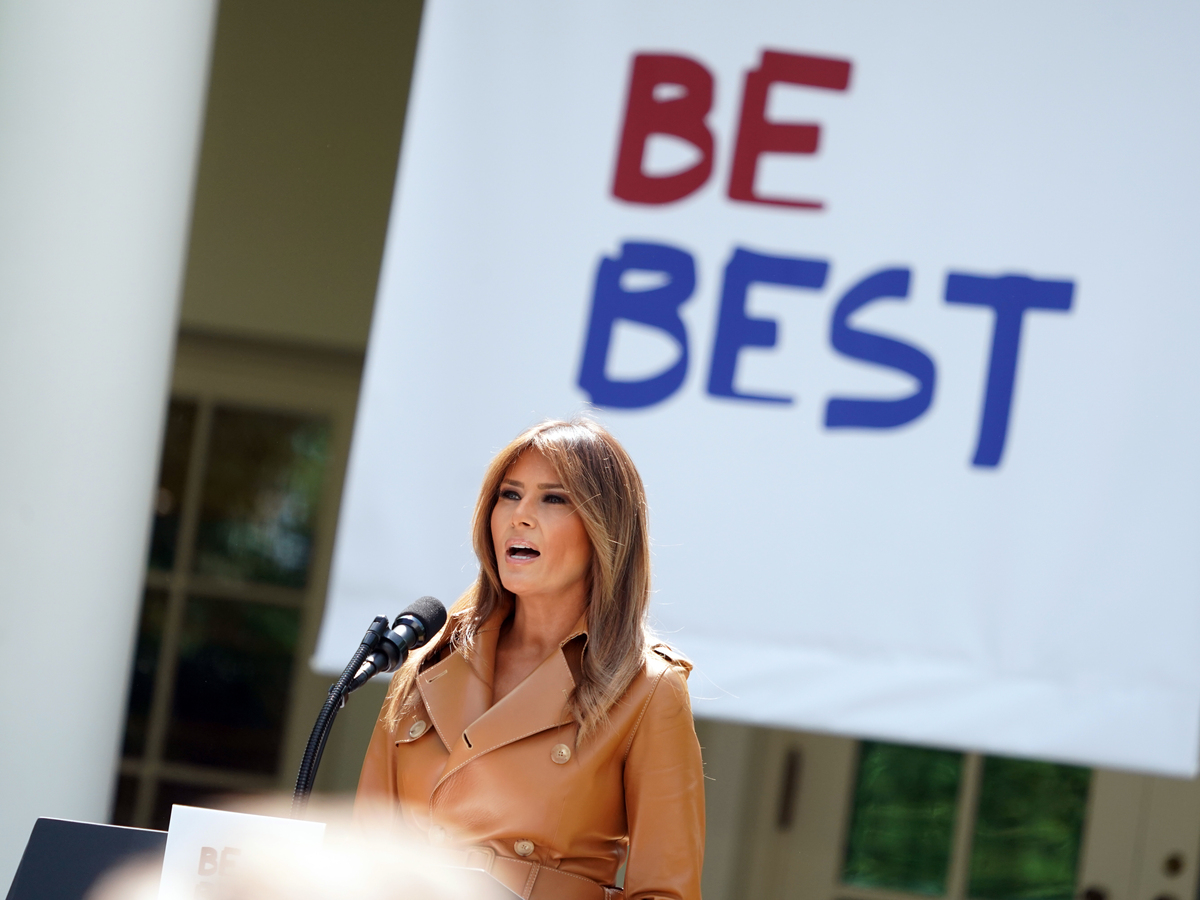 First lady Melania Trump speaks about her “Be Best” initiative during an event in the Rose Garden of the White House on May 7.

Melania Trump waited more than a year before taking a traditional step as first lady, finally unveiling her “Be Best” campaign on May 7. A month later, the initiative itself appears to be off to a slow start.

During a launch for the initiative last month in the White House Rose Garden, Melania Trump said she would promote the well-being of children and work to raise awareness about online bullying and the impact of opioids on young people.

“I will also work to shine a spotlight on the people, organizations, and programs across the country that are helping children overcome the many issues they are facing as they grow up,” Trump said.

But beyond shining a spotlight, it’s unclear what the initiative will involve.

That may be due in part to the first lady’s health; one week after the ceremony, on May 14, the White House said she’d undergone a procedure to treat what was described as a benign kidney condition. She was hospitalized for nearly a week, and didn’t re-emerge in public until this week.

By way of comparison, in the first month of former first lady Michelle Obama’s “Let’s Move” campaign she had already visited a handful of schools and youth organizations to promote physical fitness.

At the White House ceremony, Melania Trump mentioned programs like the Buddy Bench, designed to help children who feel lonely on the playground, and Viking Huddle, a course at Orchard Lake Middle School in Michigan. The school’s principal, Morrison Borders, who attended the White House ceremony along with some of his students and colleagues, said the program teaches children to connect in person, in a world where human interactions are increasingly moderated through screens.

“You’ll see kids sitting right across from each other and, instead of talking, they’re texting each other. So it’s a way to get kids talking, to get kids learning how to interact appropriately with other people,” Borders told NPR.

Borders said he’d be pleased to work with the first lady to help other schools develop similar courses. But so far, he said the school hasn’t received details about how the program might be involved in the first lady’s initiative.

That’s been the experience of several organizations interviewed by NPR who were part of the development and rollout of the “Be Best” campaign.

The National Safety Council has worked with the White House on the response to the opioid epidemic. Kelly Nantel, vice president of communications and advocacy, said she’s unaware of any events being planned by the White House. But she’s hopeful the campaign will help promote efforts to collect and dispose of unused prescription pain medications.

“The first lady really loved that idea,” Nantel said. “And she’s very, very interested in ways that we can reduce the supply chain, because she recognizes that having unused opioids in your medicine cabinet presents a tremendous risk.”

Another group working on the issue is Lily’s Place, a treatment center in West Virginia for infants exposed to opioids, which the first lady visited last year.

Executive Director Rebecca Crowder said she, too, has yet to hear from the White House about plans for a follow-up. But Crowder said the initiative already is helping her organization raise awareness and solicit donations.

“It has only been a month, so I figure they’re still working out some details, but I do fully expect that we will hear from them again,” Crowder said.

The “Be Best” campaign also continues the first lady’s focus on cyberbullying. As she has acknowledged, it has provoked mockery from some critics because of the president’s notorious Twitter habits. But Melania Trump has insisted on bringing attention to the problem.

“As we all know, social media can both positively and negatively affect our children, but too often it is used in negative ways,” she told the crowd gathered in the Rose Garden last month.

On that issue, the White House has worked with the Family Online Safety Institute, whose CEO, Stephen Balkam, was present at the launch. He said his organization has suggested several ways of raising awareness about online bullying, including a marketing campaign or publicity tour. But Balkam said it’s not yet clear which, if any, of those ideas the First Lady might implement.

“Obviously, she’s had surgery and she’s been out of the public eye for awhile,” Balkam said. “So at the moment, I think we’re in a holding pattern.”