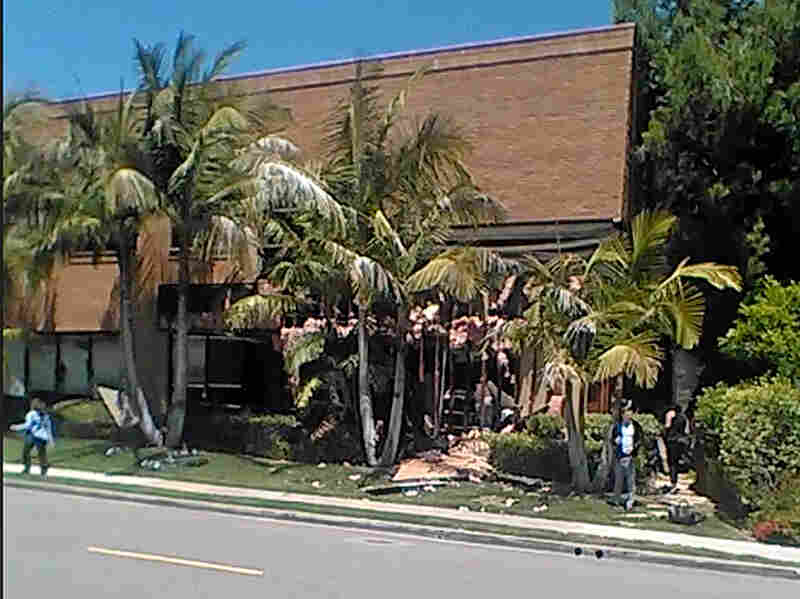 This image taken from cellphone video shows a building after a fatal explosion in Aliso Viejo, Calif., on Tuesday. The cause of the blast is being investigated. Raul Hernandez/AP hide caption 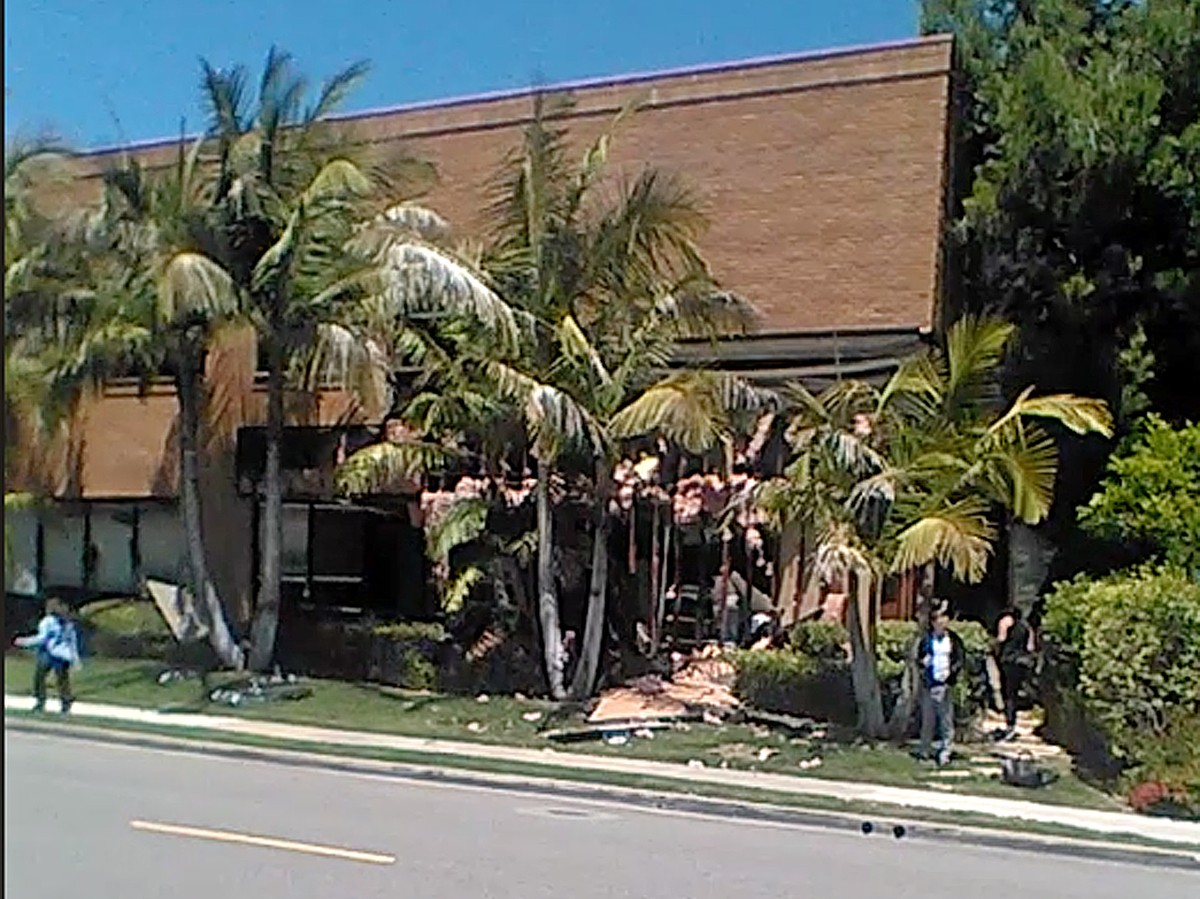 This image taken from cellphone video shows a building after a fatal explosion in Aliso Viejo, Calif., on Tuesday. The cause of the blast is being investigated.

An explosion at a medical office building in Southern California that killed at least one person and seriously wounded three others is reportedly being investigated as possibly intentional.

The Los Angeles Times quotes authorities as saying the explosion in the city of Aliso Viejo is suspicious and The Associated Press says authorities believe it may have been caused by a package bomb.

The blast blew off walls and an entire bottom floor of the building.

“There was one part of the building that was destroyed, like really destroyed,” Andrew Dyjak, the owner of a massage business in the building told the Times. “No windows, glass, and we noticed a small fire.”

Danielle Karson, reporting for NPR from Pasadena, Calif., says the law enforcement response to the explosion was “massive.”

“There were police and fire officials from Orange County; the FBI; ATF and Homeland Security,” Karson says.

Paul Delacourt, the assistant director in charge of the FBI’s field office in Los Angeles, described the explosion site as a “crime scene,” but did not elaborate, according to the AP.

Orange County Sheriff’s Commander Dave Sawyer said the size of the explosion made it suspicious but cautioned against drawing any conclusions about the blast this early in the investigation.

“We cannot say exclusively this explosion was intentional,” Sawyer said.

“We have not found any type of specific device inside of the building right now that would tell us or lead us to exactly what the device was — if there was a device,” he said.

A sheriff’s spokeswoman, Carrie Braun, added: “We’re trying to determine if a vehicle was involved or if it was an accident or inside the building.”